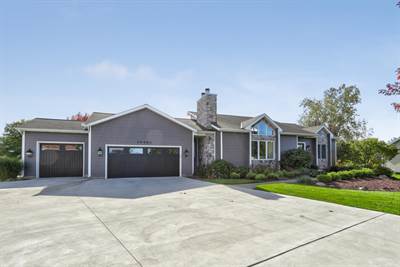 in Holland Township, Zeeland The ranch at 10450 River Bluff Trail has been sold. 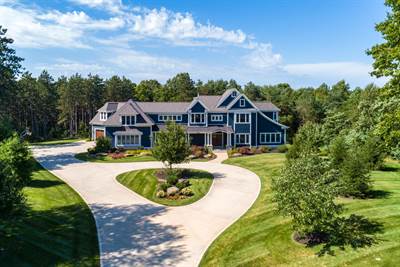 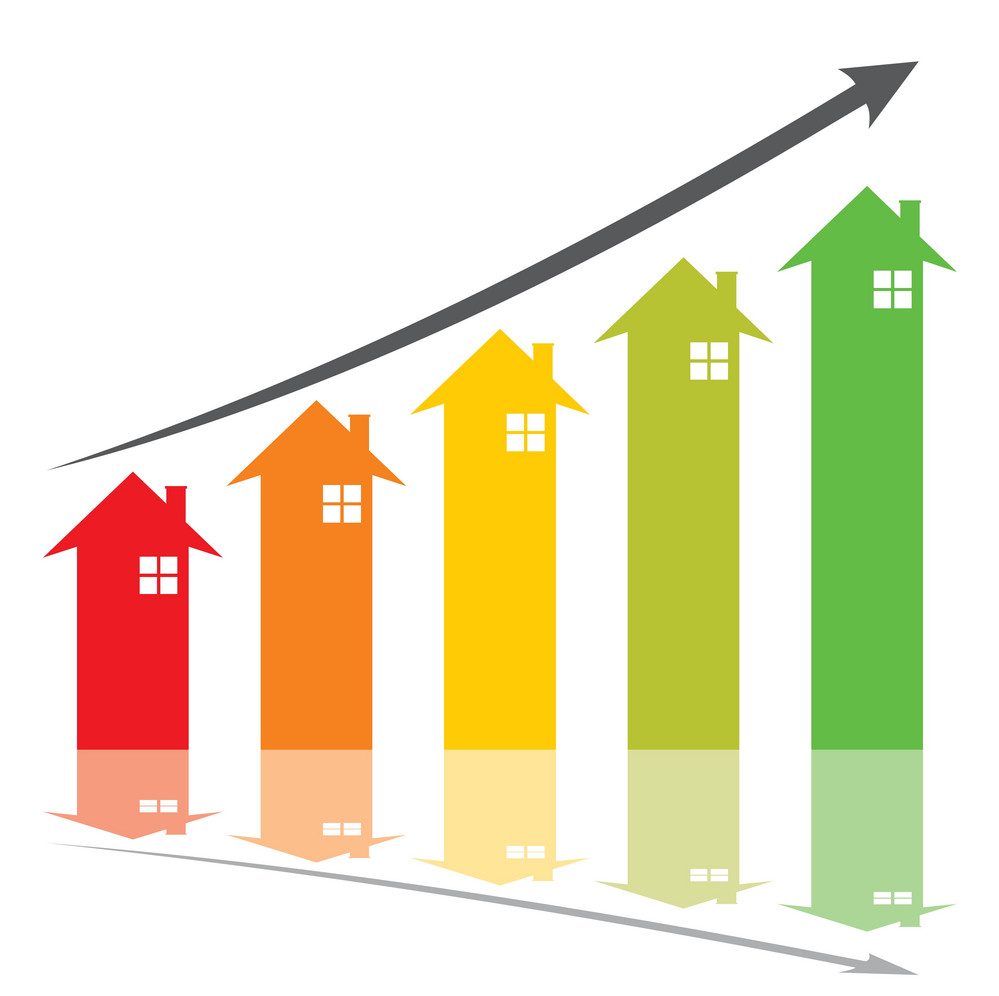 2019 was another solid year for real estate along the West Michigan Lakeshore communities, with single family homes showing strong but healthy year-over gains, while condo sales posted a mixed bag of numbers.  Some of the condo numbers are due to low inventory which is being addressed by builders as we speak. 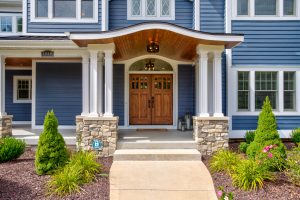 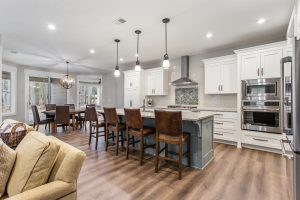 Some sub-categories to note

The takeaway seems to be that our area remains a safe bet for real estate, as the healthy gains do not reek of inflated prices, but rather a relatively balanced market. 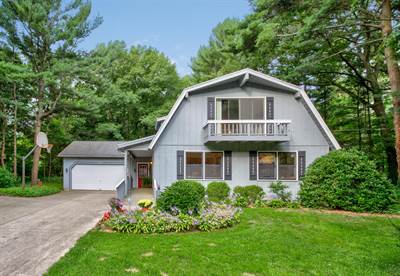 in Park Township, Holland The 2 story at 3325 Elderwood Avenue has been sold. 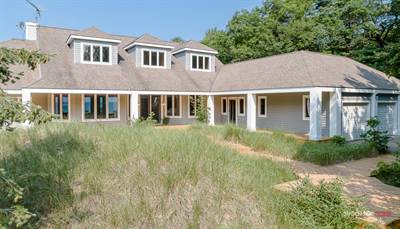 Spectacular Lake Michigan views come with this one-of-a-kind beachfront retreat. Enter the gated Association just south of Grand Haven and meander through pristine woods to the sprawling 5,000 Square Foot home set on 11 private acres with 149′ of waterfront. Entertain to your heart’s content in the inviting, open living areas with fireplaces,wood ceilings and loaded with floor to ceiling windows that showcase the lake and natural surroundings. Relax after a fun-filled day on the beach by taking in a beautiful Lake Michigan sunset from the large beachside deck. There’s plenty of room for everyone with a completely private, fantastic master suite with fireplace and wetbar, and 4 additional bedrooms (2 that are private suites) and 3.5 more baths. Live the beach life and love it! Great location with downtown Grand Haven’s dining, shopping, waterfront and marinas just minutes away and easy access to Grand Rapids, Holland and points beyond. Windcrest Association owns 23 common acres and the taxes on this property are split between all of the Association members. 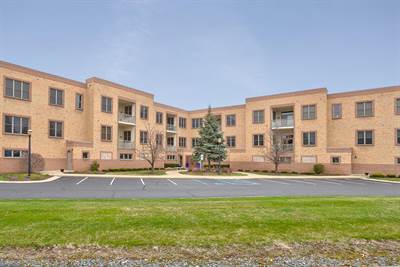 in Holland, Holland The single story at 29 E 6th Street 305 has been sold. 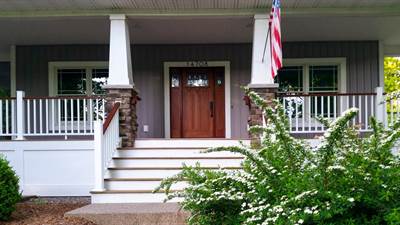 in Park Township, Holland The single story at 14708 Hunters Trail has been sold. 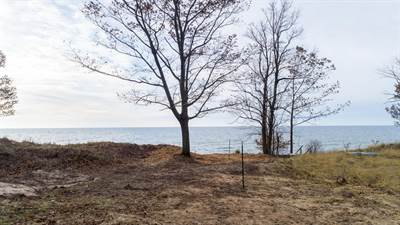 Lake Michigan waterfront lot, with 100′ of lake frontage on a medium bluff in Holland, MI. Extra deep 995′ lot means many possible building sites on this rare find, where gorgeous sunsets and endless memories are ready for your life on the lake. The chair. It may well be the most basic of furniture pieces, sought primarily for utility. But put the name “Eames” and the word “lounge” in front of “chair” and you have far more than a place to place your backside; You have art. Perhaps nothing in the world of furniture design has come close to the level of admiration, must-have-ism, and, certainly, success, of the Eames lounge chair, and its identically styled, foot-resting ottoman. Coveted by collectors, sought out by design aficionados, and showcased in many of the world’s most fashionable living rooms and prestigious museums, the chair became the ultimate status symbol shortly after its introduction in 1956 and retains its icon status more than 60 years later. “The Eames lounge chair quickly became a postwar status symbol favored by elites, whether captains of industry, college deans, modern-art collectors or architects,” said the New York Times in a review of “The Eames Lounge Chair: An Icon of Modern Design,” an exhibition at the Museum of Arts and Design in celebration of the chair’s 50th anniversary in 2006. (They also called the chair “a cross between a Mercedes-Benz and a Barcalounger” which is about the best description we’ve heard, for what it’s worth.) Mad Men star Vincent Kartheiser. Spanish interior decorator Isabel López-Quesada. Fashion designer Jenni Kayne. Entertainment mogul Simon Cowell. Each boasts an Eames lounge chair, designed by late married couple Charles and Ray Eames. The set of Shark Tank has a flock of them after a modernizing set-redo for season nine. You can also find the lounge chair displayed at the Henry Ford Museum in Dearborn, Mich., the Museum of Fine Arts Boston, and 20 or so other major museums throughout the United States and Europe. It was another celebrity that indirectly inspired the design for the lounge chair. As the story goes, film director Billy Wilder had fashioned a crude lounge out of plywood beams and sawhorses so he could relax on the set of The Spirit of St. Louis, his 1957 biography starring Jimmy Stewart as Charles Lindbergh. After shooting wrapped, the Eames created a more comfortable—and fashionable—version of the chaise per Wilder’s request.

Years later, Wilder was the second recipient of the Eames lounge chair and ottoman, gifted the pair right off the production line. “It was Charles and Ray’s way of reciprocating a gift Wilder had given them years earlier—a modernist chair, which the couple adored. Charles often joked that he wished he had designed the chair himself,” according to Eames Office.

Yet another notable individual first introduced the chair to the public. The Eames’ appearance on NBC’s primetime Home show in 1956 featured an interview with the Eamses, who were already well-known for their Eames House, the Pacific Palisades mid-century-modern marvel the couple designed and lived in for decades and which was given national historic landmark status in 2012, and had already sold nearly a million of their plywood, molded plastic, and wire mesh chairs. The lounge chair marking the couple’s first foray into more upscale design, the rosewood and black leather creation was revealed in dramatic fashion, the curtain lifting to swelling music and theatrical lighting.

It’s All About the Design

Or is it It’s all about the construction? Examine the lounge chair, with its molded plywood, curved arms, tufted seat backs and head rest, and symmetrical—and interchangeable—cushions, and it’s not hard to see how a piece of such esteem came together through the imagination of an architect (Charles) and an artist (Ray). In the words of Charles Eames himself, “The details are not the details. They make the design.” That mantra drove the very creation of the chair. “In her book, Charles and Ray Eames: Designers of the Twentieth Century, the design historian Pat Kirkham notes that Charles once explained that the lounge chair should have, ‘the warm receptive look of a well-used first baseman’s mitt,’” said Elle Décor.

The attention to detail continues through to today. Each chair and ottoman is still hand-assembled in the same factory in Zeeland, Mich. by artisans who work their way through a mentorship system to guarantee its impeccable quality. You can purchase the chair and ottoman directly from Herman Miller stateside, from furniture company Vitra, in Europe, or from the Eames Shop.

Prices start at $5,295 but can rise to $8,495 depending on the individual specifications. Options include: Oiled Palisander, Ebony Ash, Oiled Walnut, Palisander, Walnut, or White Ash for the chair’s shell; Black, Graphite, or Ivory for leather upholstery; MCL Leather in Black, Graphite, Ivory, or Pearl; and Mohair Supreme upholstery in Armory, Lupine, Peat, Rich Chocolate, and Slate. The chair is also available in a “tall” version, which adds two and one-half inches to its height—and $500 to the price.